Get a Wikipedia page for you or your business

Here are the controversies around Elon Musk Wikipedia page, and also his relationship with TESLA & SpaceX.

Stay up to date with all things Wikipedia, Article Writing,
and many more

Before we even dive into Elon Musk's Wikipedia biography, do you know that Wikipedia once locked Elon Musk Wikipedia page? Yes, this happened in 2020, and if you didn't know, you know, and we're going to tell you why this happened.

In this post today, we are going to be discussing the following topics about Elon's career and the life:

And so, let's start with Elon Musk's Wikipedia story.

Why did Elon Musk Wikipedia page get locked?

Well, this all saga started when Elon Musk, the multi-billionaire tech mogul, encouraged his follower on Twitter to "trash" him on the site (Wikipedia).

Musk said, "please trash me on Wikipedia, I'm begging you."

Yes, these were his exact words despite how cryptic they looked.

As of now, most of us already know that Elon is certainly not a man of few words, more so when he takes on social media. He always has something worth following, from funny memes to disputable personal opinions.

However, the rationale behind this tweet is unknown, but how did his followers react?

Happy and oblige are, in fact, the ideal words that best describe his followers' reactions. There were lots of edits done on his Wikipedia page, but it is one of my best edits:

"Elon Musk is a piece of shit, engineer, industrial designer, technology entrepreneur, and philanthropist. Elon sucks. He made short sellers lose a lot of money, he won't let anyone try the autopilot rewrite, and Battery Day has been delayed until September 22…."

Surprisingly this wasn't the first-time Musk had mentioned his Wikipedia page. In December 2019, which was incidentally his first time to check his page, he disputed that his profile was insanely inaccurate. In his tweet, he said, "just looked at my wiki for the first time in a year. It's insane!" Musk tweeted on Sunday afternoon. "By the way, can someone please delete 'investor.' I do zero investing."

A "technology engineer, entrepreneur, and investor" is what Wikipedia described Musk to be at the time. But for Musk, he actually didn't see himself as an investor. Primarily Tesla and SpaceX were the only top companies he owned stakes, which are the companies he founded himself. "If Tesla and SpaceX go bankrupt, so will I. As it should be," he said.

Musk, later on, replied to one comment by saying, "My wiki is a war zone with a zillion edits. At least it's obviously not curated!" Musk wrote in a response to a Twitter comment on Sunday. "Some day, I should probably write what *my* fictionalized version of reality is."

Elon Reeve Musk is his full name, and he was born on June 28, 1971. He is an entrepreneur and a business magnate who has seen the rise of several biggest companies, including SpaceX, Tesla, and PayPal.

Musk developed a strong interest in video games and computing at around the age of 10. Due to this, he acquired an 8-bit home computer, Commodore VIC-20, and he started using a manual to learn computer programming. By the age of 12, Musk had created Blastar, a BASIC-based video game. He sold this game's code for approximately $500 to a PC and Office Technology magazine.

Before Musk graduated from Pretoria Boys High School, Musk attended Waterkloof House Preparatory School and Bryanston High School. He then moved abroad via Canada by applying for a Canadian passport through his Canadian-born mother, who had already moved back to Canada after divorce.

Sometimes it is surprising how a huge percentage of people consider Tesla as Elon's first and major successful startup when it comes to his companies. And, yes, Tesla is Elon's most successful business but was it the first business venture?

The first one was Zip2, which is a web software company he co-founded with Kimbal and Greg Kouri in 1995. The second one is X.com, which Musk Co-founded in 1999. X.Com was an online financial service and e-mail payment company. X.Com, later on, merged with online bank Confinity to form PayPal. And, in 2002, eBay acquired PayPal for a deal worth $1.5 billion in stock, which saw the highest shareholder, Musk (with 11.7%), get $100 million.

Since then, Musk has expanded his business empire, starting with SpaceX, Tesla, SolarCity, and Tesla Energy. There are other young and growing companies too under his portfolio, which include: 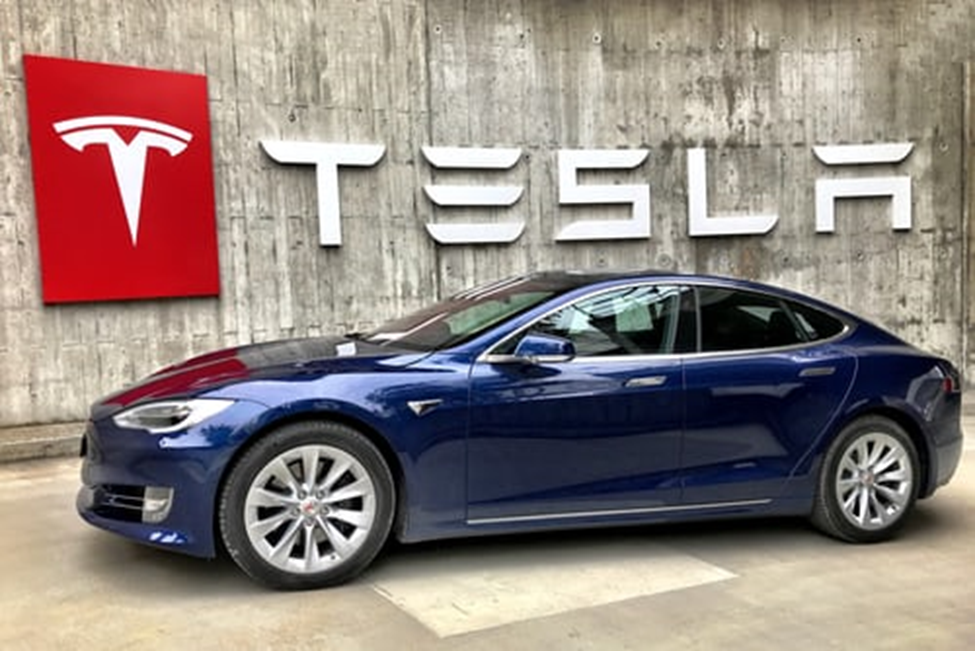 In February 2004, Musk invested $6.5 million in Tesla, which made him the majority shareholder. Furthermore, Musk joined the board of directors as a chairman. However, besides Musk being the chairman and taking an active role within the company, he was not involved in the company's day-to-day operations. After his majority shares acquisition, one of his notable contributions was overseeing the Roadster product design.

In 2008, Musk took over the leadership as the product architect and CEO of the company. This happened after Eberhard, who was the CEO, was ousted from the firm following the 2007 and 2008 financial crises. Later on, in 2009, Musk got designated as a Tesla co-founder following a lawsuit settlement with Eberhard.

And as of 2021, Musk is still the CEO of Tesla and the longest-tenured CEO globally of any automotive manufacturer. And despite him changing his title to Techno king, he still retains his position as the CEO. 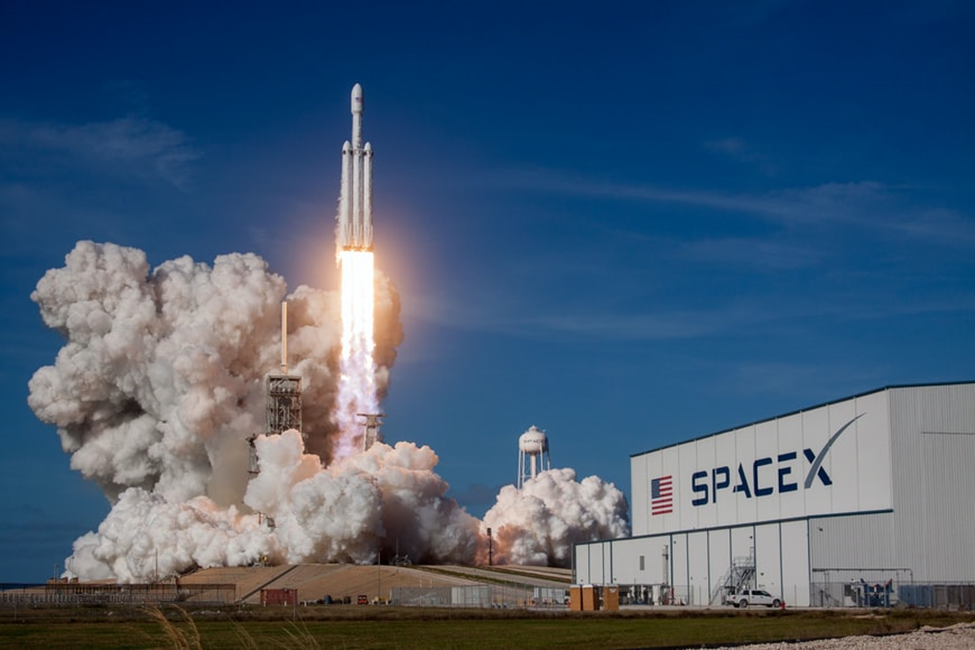 Elon Musk SpaceX journey started in 2001 after becoming involved with the nonprofit Mars Society. In May 2002, Musk started the Space Exploration Technologies Corp., traded as SpaceX. This came after two visits to Russia, looking to buy refurbished Intercontinental ballistic missiles (ICBMs). At this time, Musk was a novice, and their first visit to Russia in 0ctober 2001 didn't go well. In February 2002, they returned to Russia, and they were offered one rocket for $8 million. Musk rejected the offer and chose to start a space company and build their rockets instead.

SpaceX received a Commercial Orbital Transportation Services program contract from NASA in 2006. This came after their first attempted launch of the Falcon 1 rocket that even failed to reach the Erath's orbit. This was then followed by two more failed attempts before the successfully launched Falcon 1 into orbit in 2008.

The success made Falcon 1 rocket the first-ever private liquid-fuel rocket to successfully launch into orbit. SpaceX received a Commercial Resupply Services program contract later that year. This NASA contract was worth $1.6 billion. Since then, the company has gone on to start several major projects, such as the Starlink constellation developed in 2015. This was developed as low Earth orbit satellites to help provide satellite Internet access.

As of 2021, Elon Musk remains the CEO and the chief engineer of SpaceX.

As of now, the history of Elon musk is too big thanks to his ever-growing ember of evolutional companies. There are several Elon Musk pages that not only give you information about his personal life but also everything you need to know about his companies. So be sure to check them to learn more about this multi-billionaire tech mogul. As wiki Pages Creator, we only provided the tip of the iceberg.

Please be sure to check our next blogs here.

We could not find anything here